Why Are Runners So Skinny? (3 Main Reasons)

You watched an athletic competition or have been to a marathon and you have noticed that all the best long-distance runners are so skinny. You must have wondered why that is so.

In this article, I will answer the question of why are runners so skinny, as well as some other similar questions. 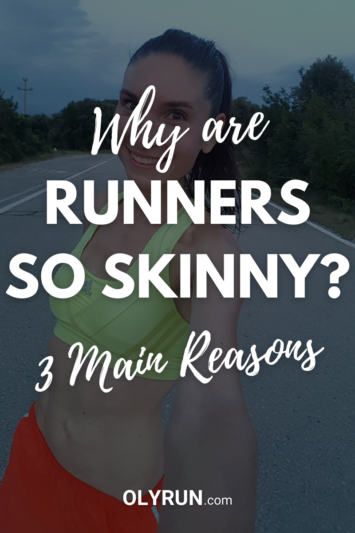 Why are runners so skinny?

Generally speaking, runners are very skinny due to the way they train. After long runs, the body depletes its glycogen reserves and uses fat as a source of energy. This results in more efficient and endurant but leaner muscles.

Below I will explain in detail why are runners so skinny.

1. They exercise often, and their workouts are long

One of the main reasons why runners are very skinny is their training habits. Elite runners exercise at least 6 days a week and their workouts on average last longer than 2 hours. This way of training enables the body to regularly remove fat, and have no time to store it because:

Research has shown that the percentage of body fat in male recreational marathon runners heavily affects race results, regardless of the average weekly mileage and the average pace during training.

2. They have more efficient but leaner muscles

Muscles are made up of slow and fast-twitch fibers.

Slow-twitch muscle fibers (type I) are fibers that contract slowly and are very endurant, that is, they have great resistance to fatigue.

Therefore, the muscles of elite long-distance runners are leaner but are more efficient.

3. They are genetically predisposed to run long distances

Professional athletes are generally genetically predisposed to the sport they train.

All Olympic swimmers are tall and have long arms, big palms, and feet, implying is ti because of swimming. However, that is wrong. The reason why they are shaped like that is the genes they were born with. As a result of that, the most elite level of athletes consists only of those with this genetic “advantage”.

If you observe runners who finish a marathon, you will notice that many of them are not that skinny, that is, that they are not built like professional marathon runners. Therefore, although many assume that running a marathon will make you skinny, that does not have to be the case.

Reality is in fact exactly the opposite at the elite level of athletics. Elite marathon runners ended up competing in their sport due to their genetic predispositions, that is, their body constitution because they were naturally much better at running long distances than their peers.

Why do my muscles get leaner from running?

Your muscles can get leaner from running due to the way you run. If your goal is to shape your body and gain muscle mass, you should run shorter and faster distances, such as strides or intervals up to 200 meters. However, if your goal is to run a marathon, you should do a lot of longer, less intense workouts, which will lead to leaner muscles.

The reason why elite long-distance runners are skinny and have leaner muscles is due to the way they train. Long-distance running mainly activates slow-twitch muscle fibers and makes muscles leaner but more efficient and endurant.

This is also the most popular myth in the fitness industry. They argue that due to long-distance running when it uses up all glycogen, our body begins to burn muscle as fuel. However, there is actually no evidence that backs this up.

Why are sprinters so muscular and long-distance runners so skinny?

Sprinters that compete in the 60 meters, 100 meters, and 200 meters are usually very muscular because big and strong muscles can produce a lot of strength in a very short amount of time. Meanwhile, for long-distance runners, this would be a drawback. Every additional pound that they have to carry in a marathon, or even in the 1500 meters, makes the race more difficult for them.

Instead, long-distance runners will train in a way that will make their muscles more efficient and durable by, for instance, increasing the size of capillaries through aerobic training. 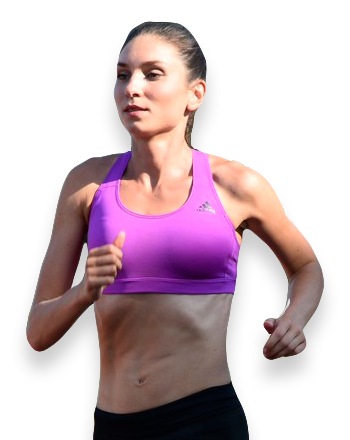